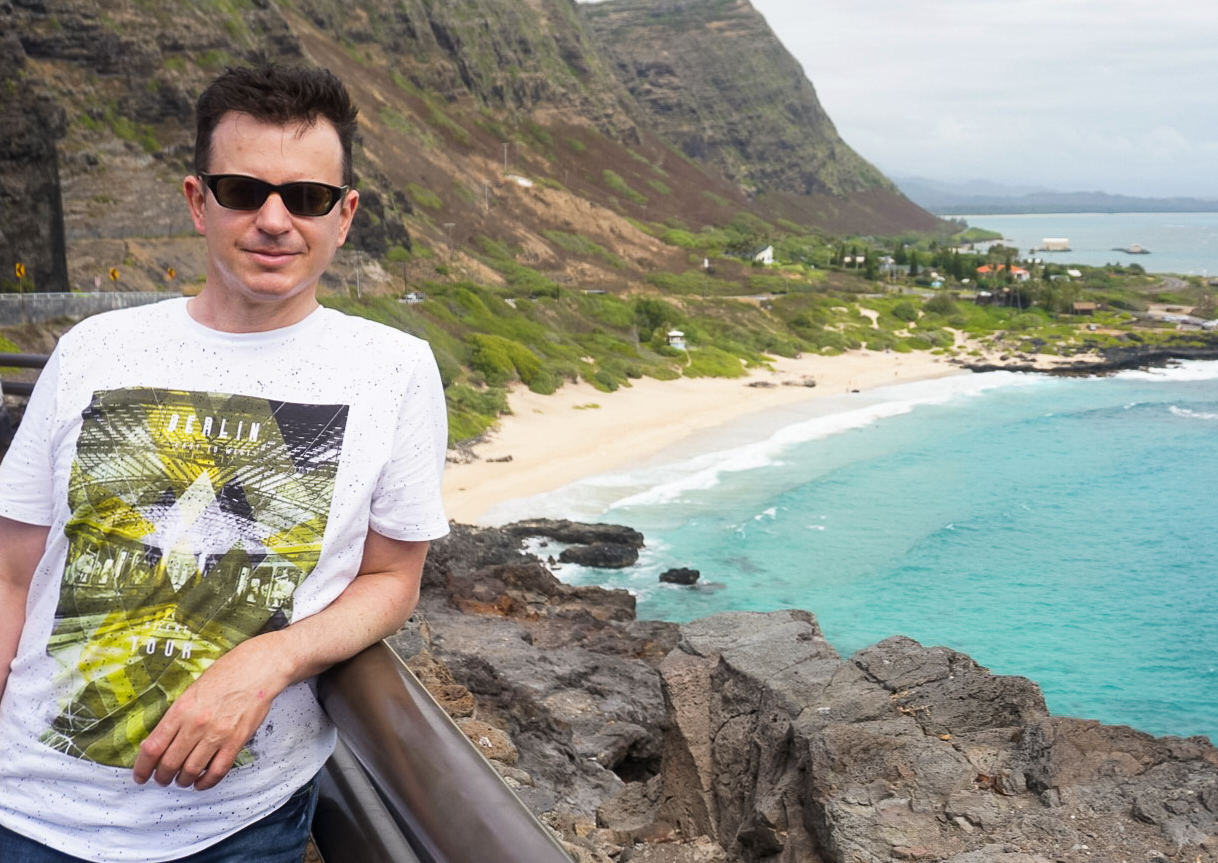 Martin Staudigl ‘96 always had an interest in music and business, playing the violin at an early age and then studying international business at the acclaimed Leopold-Franzens Universität Innsbruck in Austria. After earning his degree, Staudigl was keen on new experiences abroad. He researched universities in the U.S. that offered a highly diverse educational setting. HPU fit right in with Staudigl’s objectives to earn a M.A. in human resources management and organizational change.

“ I didn’t know much about Hawaiʻi or HPU when I finished my degree,” said Staudigl. “ I am the biggest fan of HPU. What convinced me to study there was the international setting, its diverse student body, and the compelling offering of academics – especially in my field of interest.”

Staudigl arrived in Honolulu and quickly thrived within the university’s diverse, international community and setting. He enjoyed interacting with HPU’s global student body, studying in the center of downtown Honolulu, often walking across the street after class to work on assignments and meet with friends by the sea at the historic Aloha Tower Marketplace.

“ At HPU, you have the chance to learn and appreciate people’s differences, which is extremely important to succeed in a global business setting,” said Staudigl. “ HPU is unique because it blends Asian cultures with European and American cultures. I found the interaction and networking with a global student body as equally important as the strong academics at the university. In the end, you can learn the content of the classes from anywhere. The difference is what you learn from each other within the classroom.”

After earning is master’s degree at HPU, Staudigl worked a few years in New York at Ernst & Young and then at General Electric in Munich as their Human Resources Manager for two years before accepting an offer to work at NBCUniversal Media as their Director of Human Resources for the EMEA region. He worked for NBCUniversal for over 10 years, and recently accepted a position with Sony Music Entertainment Germany/Switzerland/Austria as their Vice President People Experience. Staudigl currently works and lives in Berlin. He now gets to spend more time with his brother, a lawyer for the German government.

“ HPU helped my career twofold,” said Staudigl. “ I learned to work with diverse people, appreciating our differences, whether it comes to culture, individual behavior, gender, sexual orientation, etcetera. I learned to be empathetic, to listen, to effectively connect with different people in a short amount of time. The experience was tremendously relevant in today’s global business world.”

To learn about the various degree programs offered in the Department of Public Service at HPU click here.