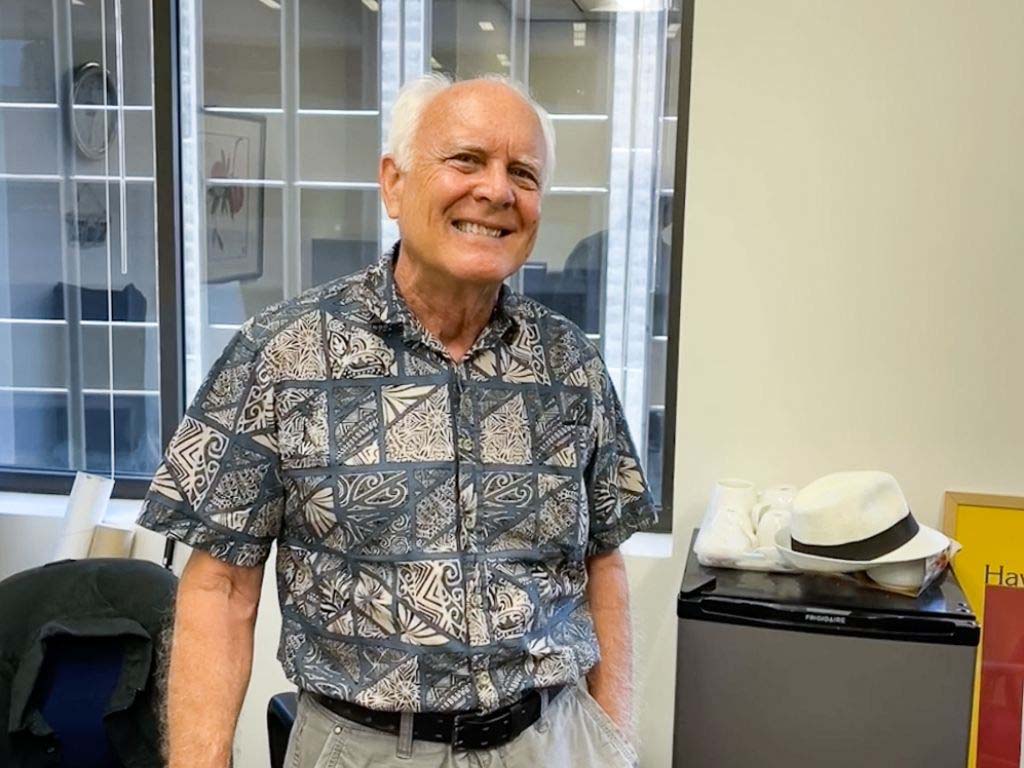 HPU Associate Professor of Economics Ken Schoolland first wrote The Adventures of Jonathan Gullible as part of a radio commentary series in the 1980s, and later through Small Business Hawaii, the popular series was published as a book in 1989. Since then, The Adventures of Jonathan Gullible has been an enduring success. The book has been published in 57 languages, in 85 editions, and now, a new edition is set to be released this summer in the Ukraine.

“I wrote The Adventures of Jonathan Gullible as an economics book designed to make economics fun and interesting,” said Schoolland. “There’s no reason why economics should be miserable. I’ll make it fun!”

The Adventures of Jonathan Gullible is one of the first market economics books to be published in Farsi in Iran. The book has been produced as a play in Nigeria, Ghana, and Kenya, and it was produced as a musical in Kazakhstan.

“In six years, I’ve done 90 presentations in 20 countries,” said Schoolland. “This summer I’ll be in Uganda, Tanzania, Nepal, India, and the Republic of Georgia. These are presentations about economics that I have done around the world.”

Schoolland has been a professor at HPU for 43 years. He first started with Hawaii Loa College (merged with Hawaii Pacific) and has since taught economics at the university and helped run the Free Enterprise Club, the Reason Club, and the Hawaii Pacific Entrepreneur Club.

Schoolland was born and raised in Boulder, Colorado. Before joining the faculty of HPU in 1979, he worked at a small college in Alaska for five years called Sheldon Jackson College. He graduated from Georgetown University and was a Sam Walton Fellow for ENACTUS. Schoolland also wrote Shogun’s Ghost: The Dark Side of Japanese Education, translated in two languages.