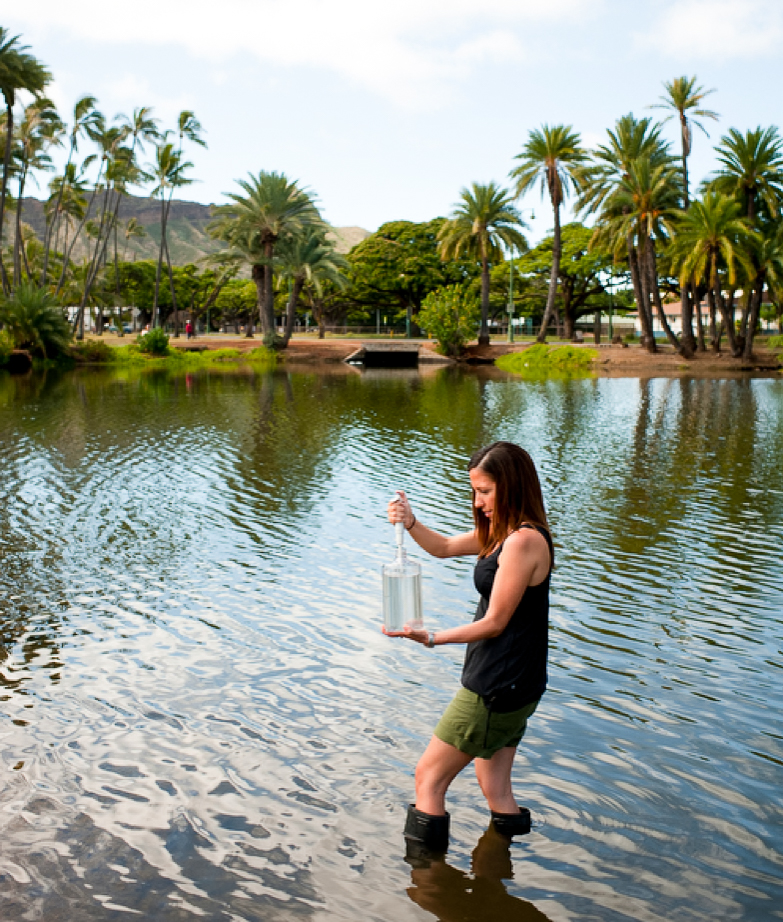 Olivia Nigro, Ph.D. at the Ala Wai Canal and Harbor.

HPU Assistant Professor of Biology Olivia Nigro, Ph.D., recently authored a research paper in the journal American Society for Microbiology. The paper is entitled “ Variable freshwater influences on the abundance of   Vibrio vulnificus   in a tropical urban estuary .” Nigro’s research addresses the abundance of the infectious bacterium V . vulnificus in the Ala Wai Canal in Waikiki and how that bacterium is strongly influenced by the amount of rainfall in the surrounding areas.

“ V. vulnificus occurs naturally in warm, brackish waters,” said Nigro. “ We expect to find the bacterium anywhere that temperatures are warm and freshwater and seawater mix in about equal proportions. When conditions are right, the Ala Wai Canal can be a great incubator for this bacterium.”

Authors Nigro and Grieg Steward, Ph.D., professor at the University of Hawai‘i School of Ocean and Earth Science and Technology, first assessed Vibrio in 2006 when Oliver Johnson died from a V . vulnificus   infection after having cuts and scrapes exposed to Ala Wai Harbor water.

“ His exposure occurred after many days of heavy rainfall, which, given our results, suggests this may have been an exacerbating factor,” said Steward. “ At the time, we realized there was almost no data on the ecology of V . Vulnificus  in the canal, or in Hawai‘i generally, and remarkably, very little in tropical waters anywhere.” 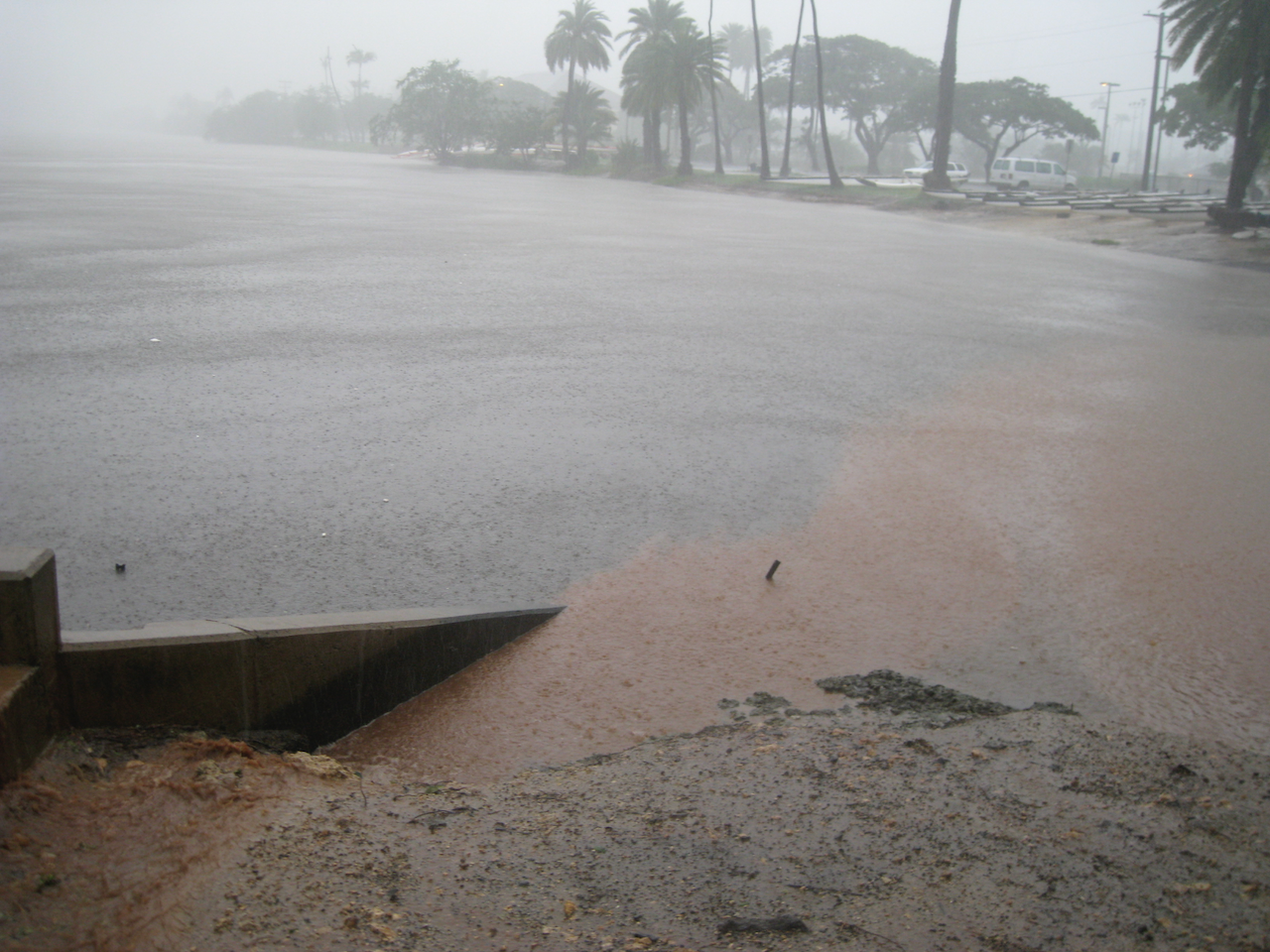 Ala Wai Canal and Harbor during heavy rain.

After a quick pilot study in 2006 that showed the bacteria are present in high, but not unexpected numbers, the team geared up for a year-long study in 2008-2009 with better methods to understand the variability in abundance over a seasonal cycle.

At higher latitudes, the abundance of V. vulnificus shows a very strong seasonal cycle—nearly disappearing in winter when temperatures are cold. In Hawai‘i, temperatures are warm year-round, so freshwater input becomes a more important control.

The researchers observed that rainfall has a variable effect depending on the amount of precipitation.

“Too little rainfall means much of the canal is saltier than optimum for V. vulnificus growth, too much rainfall and the canal is fresher than the bacterium likes,” said Nigro. “We also found that, because of the flushing effect of intense rainfall, the highest abundance of V. vulnificus shifted from within the canal out into the harbor.”

The researchers observed the highest canal-wide average abundances, among the highest recorded anywhere, during a time of modest rainfall, moderate salinities, and a moderate flushing of the canal.

They noted that, although rainfall is more frequent in winter on average,significant rainfall can also occur in summer, so spikes in V. Vulnificus can be a problem any time of year. This makes it challenging to predict precisely when and where there will be high concentrations of this pathogen. However, based on a few variables—rainfall and resulting salinity and flushing of the canal—the relative risk of exposure to this pathogen could be predicted as an average for the system.

With additional years of data to better understand how V. vulnificus varies in space and time, it may be possible to provide real-time predictions of when and where the bacterium is likely to be at unusually high concentrations, which is one component in assessing the risk of infection.

“Although V. vulnificus can cause serious or even lethal infections, it usually only becomes a problem for individuals with underlying medical issues,” said Steward. “So people should not panic about incidental exposure to canal water. But it is wise to wash off with soap and water after exposure and one should avoid exposing open wounds to canal water, especially if one is immunocompromised.”