THE DREAM OF MARINE BIOLOGY AT HPU 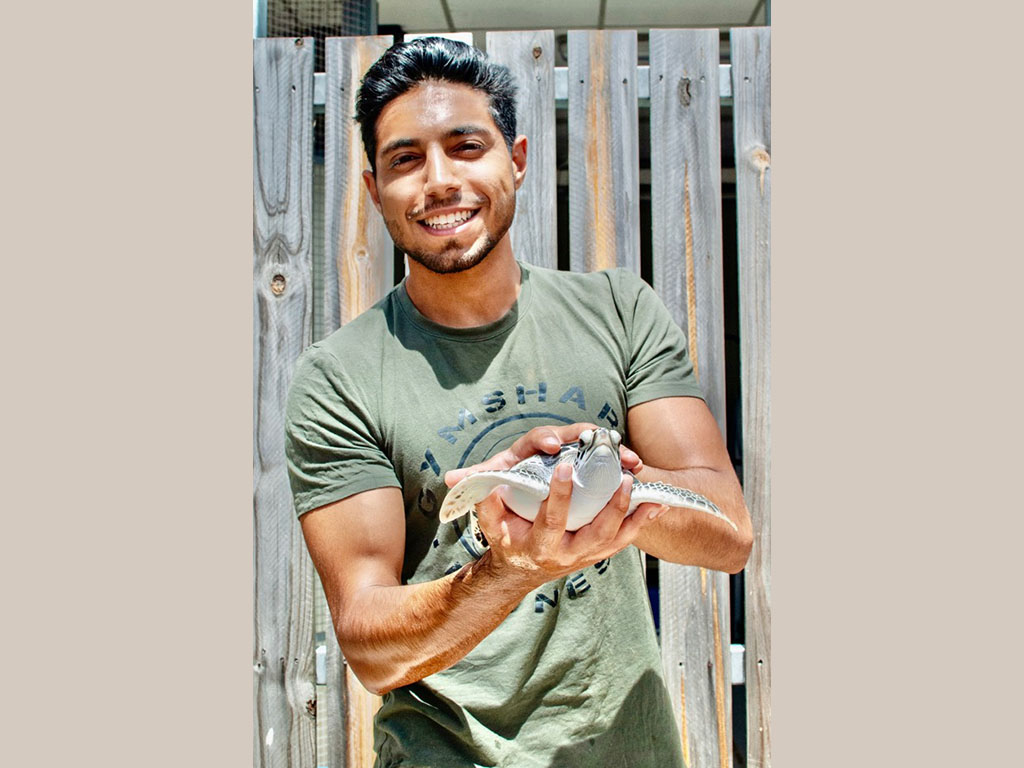 Ahmed Al Lawati '18 was always drawn to the sea, riveted by the aquatic life beneath the surface. Born and raised in the historic city of Muscat, Al Lawati grew up where the sea plays a great role for the residents of Oman. Nearly 2,000 miles of coastline stretch around this picturesque country. At sunset, the sky of Muscat awash in orange; light bounces across the tides and into mountains that resemble a rising ocean’s swell. White low-rise buildings imbue a golden hue on the shore and on the sailboats that glide in the Bay of Oman.

“I grew up in Muscat and later attended high school in Montpellier, France, where I learned French,” said Al Lawati. “I attended Ecole Privée Bilingue Internationale when I was in France and then completed the last two years of high school at the International School of Oman in Muscat.”

Hawaiʻi is located approximately 8,500 miles from Muscat. That is nearly one-third of the way around the world. A different language, new customs to learn, an entirely new way of life greeted Al Lawati when he arrived to study marine biology at HPU.

“My family has always been important, an influential part of my life,” said Al Lawati. “They always supported my life decisions, specifically when it came to moving to Hawaiʻi to pursue my dream of being a marine biologist at HPU.”

Al Lawati received a scholarship from HPU and a scholarship from the Ministry of Education in Oman to attend the university. He was the Vice President of the International Club at HPU and was also a member of the Pangeaseed Club. Pangea derives from the Greek word meaning “entire Earth.”

“Ever since I was 11, I was always interested in what the ocean holds and hides,” said Al Lawati. “I decided to pursue a career in marine sciences at HPU to find solutions to the challenges that our oceans are facing, such as global warming, overfishing, and other anthropogenic disturbances. 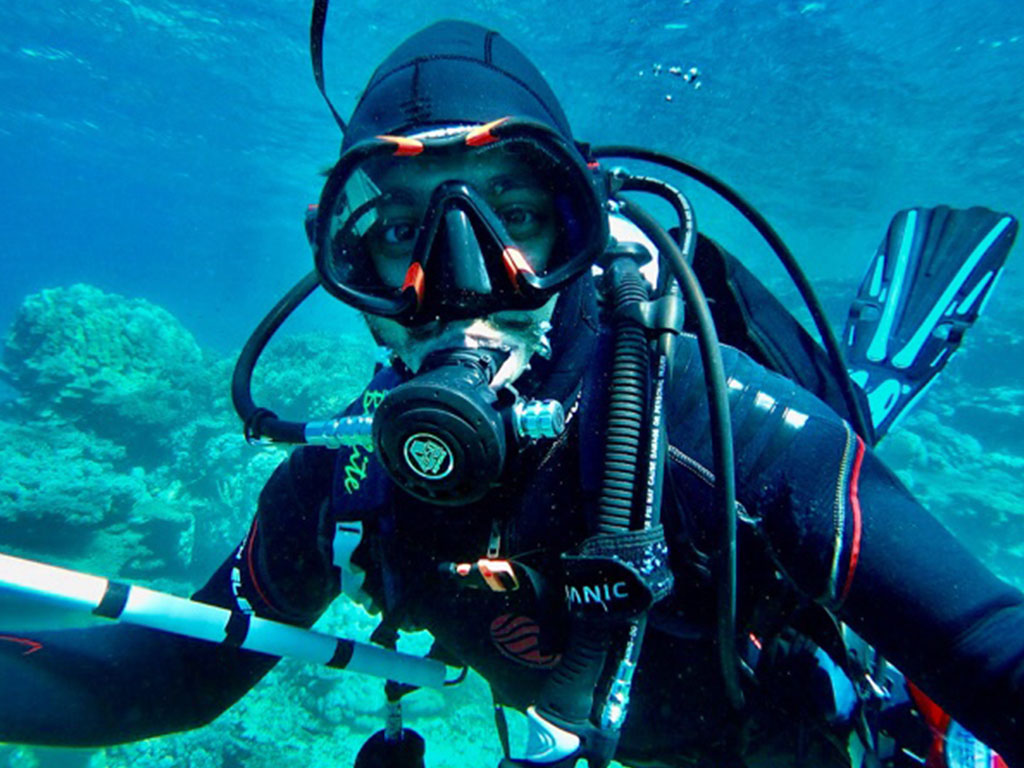 “HPU played a vital role in exposing me to the type of environments, equipment, and research that I currently undertake in my job during field work, especially since the marine biology courses at HPU were very field-oriented.”

Al Lawati is currently a marine environmental consultant at Five Oceans Environmental Services in Oman, one of the leading environmental service companies in the Middle East. He believes the small class sizes is one of several reasons why his education at HPU has advantages that no other university can offer.

“The small class sizes allowed students to interact with professors regularly,” says Al Lawati, “allowing us to learn more and establish proper relationships between students and professors, which are hard to find at other universities. In addition, the field-oriented courses at HPU were not only very educational, but also extremely interesting and hands-on. Being able to study in Hawaiʻi offered a great opportunity to learn about the rich Hawaiian culture and history. There are amazing museums, and a paradise of nature that surrounds the island, from its beaches to its awe-inspiring mountains.

“I can honestly say that the college life I experienced at HPU was some of the most memorable years of my life. It was filled with adventure, exploration, and life-long friendships.”

To learn more about marine biology at HPU click here.